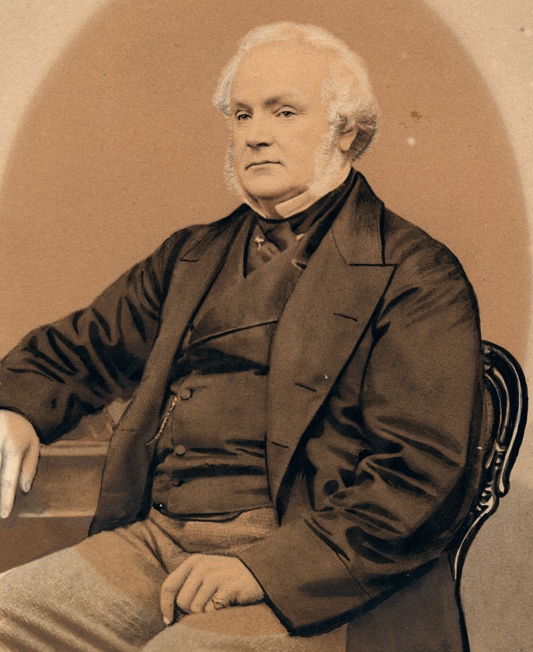 Mr Thomas Miller, (1810-1865) of the cotton firm, Horrockses, Miller & Co, was the most powerful cotton manufacturer in Preston.

By the time of his death in 1865, Thomas Miller operated ten mills, 155,970 spindles, 2,865 looms, twelve steam engines, and employed 3,000 hands to spin 104,000 lbs of yarn and weave 227 miles of cloth each week. One of his mills, The Yard works, was the largest ‘single site’ in Lancashire, and a number of our early converts were employed there including Jonathan Clegg who, along with his wife Ellen, were such notable stalwarts in the Martin Handcart company.   The missionary Joseph Fielding spoke of working in a mill to gain some extra money, but he does not indicate if it was one of Millers, but there is the possibility that this was also his employer.

In many respects Miller’s company was ahead of its time and rather atypical of much of the Preston industry. They provided washing and changing facilities for their workforce, offered housing accommodation, and later pioneered nursery schools.  Even so, compared to today’s working standards the demands on the workers were quite a challenge.  For instance…

With his acquired fortune Miller enjoyed buying artwork and had works by notable artists such as Holman Hunt and Constable, and his home on Winckely Square would have been near the top of the social pyramid in Preston entertainment.

Preston was noted as a hotbed for discontent – a battlefield between Cotton Lords like Miller and the working class.  Following are a few examples of the workers’ industrial action prior to our missionaries arriving:

This friction between employer and employee seemed to be constantly simmering under the surface.  It was noted that

“The Cotton Lords of Preston are the greatest tyrants in the country. It is well known that they grind their workmen down more than any other persons, getting their work done cheaper, and therefore they can undersell their neighbours.”     Alexander Challenger, Chartist.

In some defence of the mill owners, Preston had the disadvantage of being located 30 miles from the main cotton market at Manchester and some distance north of the great Lancashire coal field.  This geography meant:

I repeat my earlier claim that,

In our next post we will see how Preston’s simmering discontent was rippling in the winter of 1836 – just months before our missionary work began, and inadvertently softening hearts to be seeking something better.